Brazil has a chance at the World Cup

Former Brazil international Kaka believes that Brazil has a chance of winning the World Cup in Russia next year, but they are not the favorites. 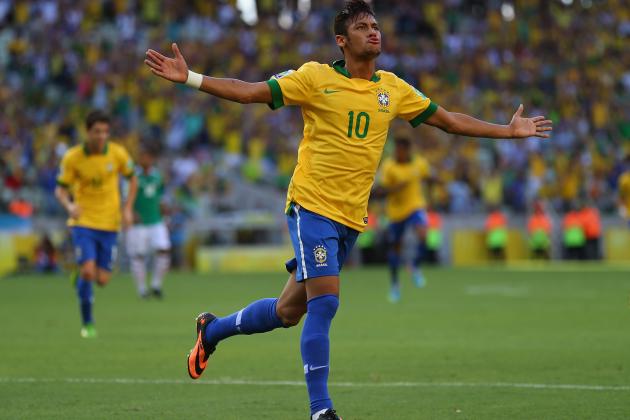 He said that the team had improved a lot during the past year and they have managed to win their qualification quite easily. However, he believes that they still need to improve if they want to win the World Cup next year.

Kaka believes that the team is now stronger as a team and that they do not look like a bunch of individuals playing together. He said that the team has a formation and a clear strategy now and they know how to attack and defend as a unit.

He believes that this was the major problem of Brazil at the last World Cup and this is why they were thrashed by Germany. He said that the last team was dependent only on Neymar to create goals and when he struggles the whole team pays the price. END_OF_DOCUMENT_TOKEN_TO_BE_REPLACED

The deal had the potential to be the stealth move of the summer. The player is set to prove himself at the Allianz Arena when the football season resumes. After being signed at the back of major tournament, there were expectations. While Rodriguez is a decent player and one of the biggest names in football, the team was a wrong fit. END_OF_DOCUMENT_TOKEN_TO_BE_REPLACED

Jason Kreis is unhappy with his team

Jason Kreis is unhappy with his team being able to fetch just one point playing Sporting Kansas City the other day. As it was a home game, the coach wanted full three points from it.

The Ghanaian winger Blessing opened the scoring for the visitors in the 7th minute itself, giving a huge blow to Orlando, but, Larin quickly nullified that early advantage of Sporting by putting one into the back of the net in the 16th minute.

Just ten minutes after that leveller, Kaka delivered a beaut of a strike for Orlando to make the score 2-1 in their favour.

Orlando managed to hold onto that lead for a very long time, but, the game came to level terms again in the latter part of the second half courtesy the second goal off the boot of Blessing. END_OF_DOCUMENT_TOKEN_TO_BE_REPLACED

Kaka thinks Neymar can be the best in the world but he advised, jokingly, that the player change his name to “Reymar.” Kaka explained that the rationale behind the advice was that all the successful football stars from Brazil have names that begin with “R.” END_OF_DOCUMENT_TOKEN_TO_BE_REPLACED

MKHITARYAN: KAKA WAS MY IDOL

Manchester United winger Henrikh Mkhitaryan has revealed that his idol while growing up was Brazilian legend Kaka.

Mkhitaryan joined Manchester United over the summer for £28million from Borussia Dortmund but the Armenia international had a far less conventional beginning in football.

The winger went to Brazil as a youngster for four months to train with Sao Paolo before kick-staring his career with Armenian side Pyunik.

And the 27-year-old has revealed he did so to be more like his idol Kaka and to learn the ‘ginga’ style of Brazilian football.

Kaka was a huge influence on Mkhitaryan growing up.

“By the time I was 10 years old, my entire life was football. Training, reading, watching, even playing football on PlayStation,” Mkhitaryan told The Players’ Tribune.

“I was totally focused on it. I especially loved the creative players — the maestros.

“I always wanted to play like [Zinedine] Zidane, Kaka and Hamlet [his father].

“That was one of the most interesting times of my life [going to Brazil]. END_OF_DOCUMENT_TOKEN_TO_BE_REPLACED

Kaka was recently present in a certificate distribution ceremony of a college in the USA where he spoke about his belief in Jesus Christ.

As per Kaka, both his mom and dad considered themselves the children of Jesus and they reckoned that Jesus is behind anything and everything that’s happening around them and in this whole world in general.

And because they imparted those thoughts in him through his childhood and teenage, he also developed that belief in Jesus and that’s why whenever he does something good in his life, he wants to be thankful to Jesus.

As per Kaka, his gestures upwards after his glorious moments on the pitch are also just for showing that thankfulness to the almighty.

In the words of Kaka, “Those who stay around me say I never keep Jesus out of anything. Well I can’t because Jesus is my life. When I find the net and wave upwards, I don’t mean to suggest that Jesus found the net for me. Of course, I did it myself, but, I did it because Jesus blessed me with the potential to do it.” END_OF_DOCUMENT_TOKEN_TO_BE_REPLACED 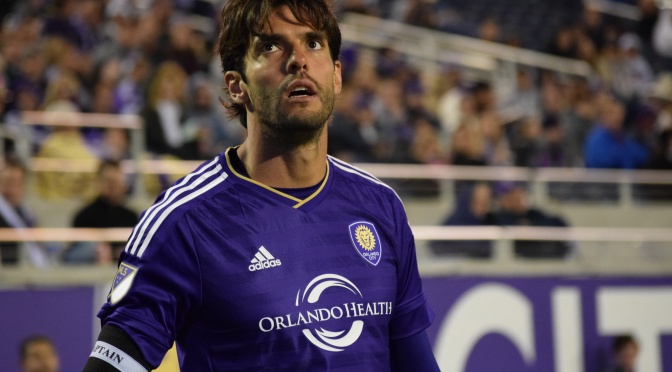 Back on July 4 of the ongoing year, Kaka had to be removed from the pitch after sustaining an injury and this injury forced the Brazilian player to stay on the sidelines when his team, Orlando City faced off with Houston Dynamo a few days later.
END_OF_DOCUMENT_TOKEN_TO_BE_REPLACED

Kaka being the team captain of Orlando City is confident that they will be able to break out of the slump that has come up in the team’s performance in recent times.

There is a home stretch coming up which will begin this Saturday in Montreal. Once the home stretch is concluded the team will then prepare to proceed to the playoffs. Kaka feels that they should be able to make it to the playoffs. Those who have been worried about Orlando City falls off the edge, it might not be time yet to press the panic button.

There is, however, reason for the fans to be worried. They have not won any of the last six games that they have played. A pivotal moment has come upon them. They are in a position when they will be playing four games out of five games that are scheduled to be played on home ground. Kaka feels that these matches will help to dictate the future of the club. He admits that the period is tough for the club. END_OF_DOCUMENT_TOKEN_TO_BE_REPLACED

Brazil International, Kaka says he is okay with not making the continental tournament. 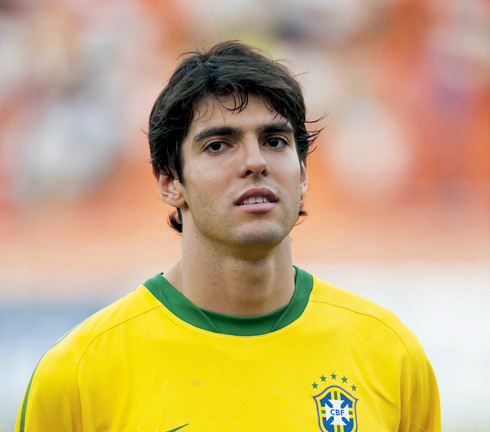 The AC Milan legend and currently Orlando City midfielder added that it was “no problem.” He was comfortable with the decision by Brazil manager Dunga to leave him off of the 23-man squad for this summer’s Copa America Centenario.

Given that Brazil will play its second group-stage game against Haiti in Kaka’s home stadium, the Citrus Bowl, there was speculation that the former Ballon d’Or winner might make the final 23. However, a thigh injury has limited Kaka to just three appearances this season for Orlando, though he did record two goals and two assists in that time. While Kaka is expected to play this in Orlando’s home match this Friday against the New York Red Bulls, that return to health wasn’t enough to make the final cut.

Kaka’s most recent appearance for Brazil was in October, when he came on for the final 15 minutes of a 3-1 World Cup qualifying victory over Venezuela.

“I tried, I’m ready to play, no problem at all. I still have my team [Orlando City] here, so I will keep playing and if the opportunity comes in the future, I will be happy to serve my national team.”

Kaka has played 91 times for the Selecao since making his debut in 2002, appearing in three World Cups — including the cup-winning side of 2002 — and scoring 29 goals. But incredibly, none of those appearances have come at a Copa America.

“It was different situations. END_OF_DOCUMENT_TOKEN_TO_BE_REPLACED

Sometimes it is not so much as the goals they win but the passion they show for the team and the game that makes players immortal and larger than life.

Kaka has gained that position with the continued dedication that he has showed to his game and performances over the years. There have been failings which are an essential part of the maturity of any player. Kaka still admits that AC Milan’s game in the Champions League finals haunts him.

It might be rare for players to voice their fears but not everyone is like Kaka who voices not only his fears but how fans need to support their players even during tough times. When Milan lost to Istanbul Kaka was unable to fathom how the loss happened. Kaka is considered a Brazilian icon to most football fans. To him, the game between Liverpool and AC Milan was a haunting one though it proved to be thrilling and dramatic for the onlookers. Though it has been about eleven years after that game, the way Liverpool was able to win at a score of 3-2 and that too on penalty shots is something that Kaka finds daunting even today. END_OF_DOCUMENT_TOKEN_TO_BE_REPLACED